WordCamp US 2016: The Official Recap 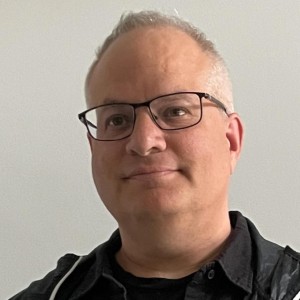 The WordCamp to end all WordCamps took place in Philadelphia this past weekend as approximately 2,000 WordPressers convened at the Pennsylvania Convention Center. This was my season finale in a year replete with visits to WordCamps across Canada and the US. While I wasn’t speaking at this one, I was excited to meet up with fellow enthusiasts who I’d met at WordPress events throughout the year.

Overall and as expected, the event was a tremendous success.

I had a great time and have yet to hear anyone say otherwise. It’s wonderful to see people from so many walks of life come together for an event like this. If you’re involved in the WordPress community like I am, especially beyond just the monetization aspect of it, such as through traveling to WordCamps, creativity, inspiration, education, and socializing, then congrats, you’re part of The WordPress Lifestyle (#wplife)! WordCamps are a hub of these activities and I encourage you to keep it up!

Here’s a recap of what went down at this year’s event.

The conference sessions consisted of three main tracks. There was a general lack of development-related talks this year, leading to several discussions about opening up a fourth track. Admittedly, it did seem a little odd that such a massive conference (by WordPress community standards) would limit itself. Nonetheless, here are the highlights from a few talks I attended.

State of the Word by Matt Mullenweg

This was the third time I met Matt and saw him take the stage. Once again, he did not disappoint. In an almost two-hour address and question/answer session, he covered a lot. Here are just a few of the highlights.

Joost de Valk is the guy behind the Yoast SEO plugin. He discussed taking on a new mission of making the same search engine optimization (SEO) capabilities available for everyone. Whether you’re the little guy or Disney, he suggested that everyone should be using the same approach. Additional points included:

Let’s Encrypt! Wait. Why? How? by Nancy Thanki

Launched about a year ago, Let’s Encrypt is a free SSL certificate that is supported by several major sponsors including Automattic. Among Happiness Engineer Nancy‘s key points were:

HeroPress: The People of WordPress by Topher Derosia

Topher is the individual behind HeroPress, a website dedicated to WordPress users on the fringe. I attended this talk because I wanted to learn more about this unique take on the community. I actually mention HeroPress in my talk on The WordPress Lifestyle as an inspirational aspect of the WordPress community.

Topher opened his talk with “technologically, it’s just a blog” but clearly there’s much more to this website. He curates unique stories from around the world. A couple of interesting stories that he presented include:

So You’ve Released a WordPress Product… Now What? By Ines Van Essen

My favorite part of any WordCamp (when I’m not speaking or on a panel) is the social aspect. During the day, it’s the “hall track” that is the most fun. The hall track consists of people roaming the areas outside of the main sessions. Whether meeting new people, gaining new insights, learning about WordPress community happenings, finding out what the vendors have to offer, or general schmoozing, I’m down.

On the first day, it took me about four hours to get through chatting with friends and acquaintances before actually getting to my first session. I heard similar stories from others, proving once again that WordPress is all about community.

There were tons of reunions in the “Hall Track.”

I had the privilege of being invited to a lunch with ever-popular WordPresser Carrie Dils. During this networking lunch, we discussed WordPress business issues and shared ideas about running a web company.

Parties… A Lot of Them!

It’s no secret that a big part of WordCamp is to meet people and party with them! There was no shortage of parties at WordCamp US.

The WordPress community has been like a family to me for years. The more people I meet, no matter what city I’m in, I gain an extended family. A lot of people feel that way and it’s so great to see us all come together with three nights of reveling.

On Thursday night, we went from Ashton Cigar Bar to duelling piano and dance bar Howl at the Moon. We closed out the city with late night eats at Wawa.

Friday was reserved for the official WordCamp US sponsor after parties. I attended the Give / Media Temple party at Jamonera, followed by the WP Engine / Torque party at Brü Craft & Wurst, and ended the night at the Envato party at Tir na nOg. All were packed with WordPressers creating glorious memories.

The official after party took place on Saturday night at The Academy of Natural Sciences with a “night at the museum” theme. It had the requisite photobooth which was ideal because I’m a photobooth addict (LOL!)!

The requisite WordCamp After Party photobooth.

Matt Mullenweg was there to chat with everyone. I mean, seriously, does Zuckerberg party with his community at Facebook events the way Matt does? I doubt it. Gotta love that!

The official after party took place at The Academy of Natural Sciences museum.

There was a ton of karaoke at both this and the after-after-party. The after-after-party was basically an apartment party with everyone singing group karaoke and dancing. A truly unique experience. A final group of us closed out Philadelphia that night with a trip to Voyeur Nightclub then David’s Mai Lai Wah in Chinatown at 4:30am. Yeah, it was like that.

From Thursday’s pre-party to Saturday’s after-after-after-party it was all #greattimes!

Should you go next year?

Thanks for coming to the Give / Media Temple party, Brian. And I enjoyed our photo booth!

Loved Wordcamp US! We met briefly at Carrie Dils lunch get-together. Great write-up and I love your photos.

Wow! Awesome recap Brian! I really enjoyed your post and it makes me want to be there next year.